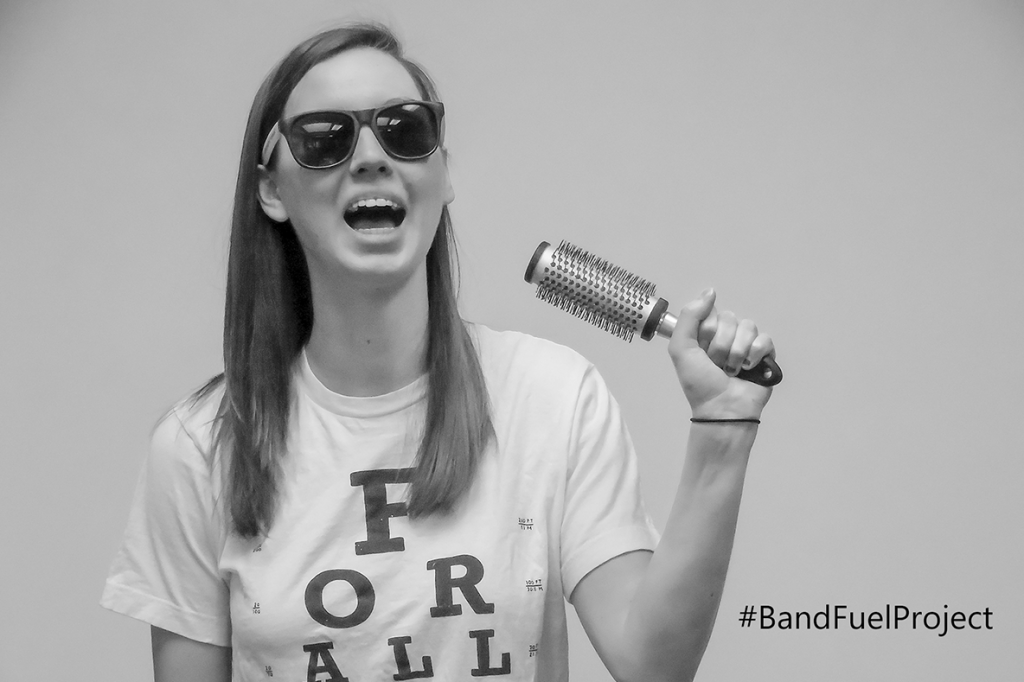 THE BAND FUEL PROJECT, a tragedy-inspired music collaboration. Join us.

Vegas, Paris, Manchester, Ohio, Orlando and Houston. They all mark places where violent, senseless tragedy struck during live music performances. It is gut-wrenching and hard to even imagine. It really struck a deep chord for us and this is how we responded…

Music is a part of the Brand Fuel brand. Always has been. We are the people who can’t go a day without music. We support our favorite bands at live shows by buying their merch – even though we know what a printed t-shirt actually costs.  We might even crowd surf when so moved. We seem to (appropriately) take PTO the day after a show. And not necessarily because we visited the bar one too many times; rather because we depleted 2-days of energy from a 3-hour live show.

Hunter S. Thompson once said, “I still believe that a car with the gas needle on empty can run about fifty more miles if you have the right music very loud on the radio.” Maybe it’s Bruno, or Ed, or Isbell, or Bono, or Led Zep, or The Dead, or Foo Fighters or maybe it’s Rainbow Kitten Surprise. But we agree in the magic. Music fuels our souls.

So, during this often-worrisome time, when some might be afraid to go to a show, we are taking a stand. And we invite YOU to join us. Let’s share what the power of music and what it means to us while wearing an all-time favorite branded product – a t-shirt – with a design featuring your favorite band.

Music is the great uniter, where people who don’t agree on many things can find a common connection. Music builds community. Music is positive and powerful. Let’s not let anyone steal that away.

Join us by putting on your favorite band’s shirt and letting the world know why your band’s music means so much to you.

Listen to Robert and Danny share the impetus for the project on this commonsku podcast.

The group that’s had the most influence on my life is the Wu-Tang Clan. From the first time I heard them in 1993, the energy and unique musical style of the group has really resonated with me. With their distinct production, and thoughtful but raw lyrics, I was hooked immediately. They are definitely at the top of my live show list as well, as I’ve seen them countless times. RIP ODB!

Blink 182 has influenced me because they are a group of risk takers who think outside of the box, are unique, and connect with their listeners making them successful.  They’re funny and professional and don’t seem to care much about public criticism. Blink 182 brings different social groups together and changes the mood at any party.  Their music brings me back to some of the best days of my life, high school, and makes me feel young, energetic and awesome!

Andre McMahon in The Wilderness

Andrew McMahon in The Wilderness is a band that is authentic, honest and fun. Their shows are energetic and entertaining and the band connects with the audience. Andrew, the lead singer, was diagnosed with leukemia in 2005. Since his diagnosis and recovery, Andrew has made it his mission to provide support to adolescents and young adults who are fighting cancer.

This passion lead to the creation of The Dear Jack Foundation, a non-profit that has raised over half a million dollars for the Leukemia & Lymphoma Society. Through powerful and authentic lyrics, amazing concerts and encouragement to do something good, Andrew McMahon in the Wilderness is a band that continues to impact my life.

The bands that had the most influence on my life are numerous! I have an eclectic taste in music and enjoy it loud. To name a few of my favorites:  Eagles, Journey, Boston, Lover Boy, Madonna, Queen, Bon Jovi, Cyndi Lauper and most recently Chloe from the Voice!

The Eagles’ song “New Kid in Town” resonated with me growing up because I was all too familiar with the experience of the pain, jealousy, insecurity, and heartbreak of when a friend would move on. Being a military brat and moving every two years to a new country, a new school – yeah I was the new kid sometimes but was also the one who was dumped when someone new showed up. But most of all I love the Eagles band for the soft rock and harmonizing vocals that carry me back to a comfortable easy-going time.

Growing up with four (much) older siblings, I was introduced to many talented artists and bands that I still enjoy rocking out with today. Bands like Iron Butterfly, Led Zeppelin, The Beatles, Queen, Madness and The Clash along with artists like Elvis Presley, David Bowie and Tom Petty were always playing somewhere in the house. My brother took me to one of my first concerts to see The Police on their Synchronicity Tour – not only was I blown away by the musical genius of Sting, but I was totally swept up by the amazing energy of the crowd. Everyone was singing along, dancing happily, and just plain enjoying themselves. I was hooked – from then on, I went to every concert that I could.

One of my favorite live performers is Grace Potter – hands down the most passionate performer that I’ve seen. She loves her music, she loves to perform, she loves her fans and it shows. I have seen her three times and she has never disappointed. Her shows are a non-stop musical party, whether she is rocking out on the guitar, slowing things down on the piano, or just dancing on stage. The crowd sings along to every song and she reciprocates with a performance that is better than the last one. Grace is one of those people that you wish you were friends with because she is so damn cool!

The musician that is one of my all-time favorites is Jimi Hendrix. He is one of the greatest electric guitarists of all time. There is something in his music and guitar riffs that will leave you mesmerized. Hendrix’s techniques were way ahead of his time. He created a blueprint of sorts for the rest of us to follow and learn from with his innovation and willingness to be exposed. That is true artistry.

Pink Floyd has been the soundtrack to some of my wildest experiences in life. All 15 of their albums deliver a timeless, eclectic and psychedelic sound that never gets old to my heart and keeps my mind turning…